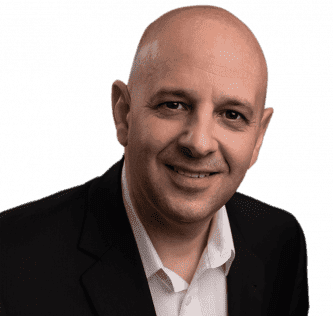 Doug Brown is a highly acclaimed revenue growth expert in revenue expansion, and sales optimisation. He began working for his family business at the age of three, and has since started and built over 35 companies.

During college at Berklee College, Northeastern University, and Salem State University, Doug supported himself by selling music equipment to colleges, universities, corporations, and some of the world’s biggest bands such as Aerosmith, Boston, Billy Joel and The Eagles among others.

He served over 12 years in the US Army, during which he was awarded the battalion’s most distinguished soldier award graduating 2nd his class.

Doug then became the top-selling sales representative for a 2-billion-dollar company and went on to start his own consulting and auditing company. Across 14 countries Doug has consulted, coached, advised, and trained thousands of people in business, including Enterprise-Rent- Car, Nationwide, Intuit, Proctor and Gamble, and CBS.

His greatest professional success has been increasing a company’s close rate by 862% and revenue growth by 116% within four months.

Currently Doug helps companies with $5M+ in sales revenue to expand and optimise. He also helps other B2B business coaches and consultants to grow their business – to achieve a higher profit and to enjoy their life.

Doug’s book Win-Win Selling, unlocking your Power of Profitability by Resolving Objections became an international bestseller in the US, Canada, the UK, Australia, and the Philippines. It’s a unique must-read for anyone who sells, or wants to communicate on a higher level and have win-win outcomes. Doug has also developed a quiz to help salespeople determine their objections-handling style and how it could be improved.

During this podcast, Doug shares his practical perspectives on objection handling and getting to the root of the problem with your customers.

Learn more about Doug’s company Business Success Factors, and you can also find him here on LinkedIn.