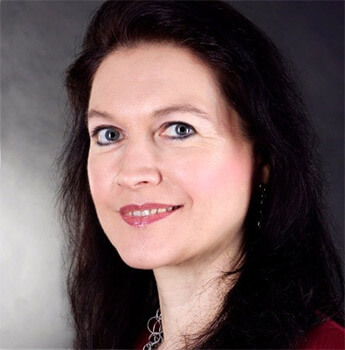 Sales Enablement is a fast growing discipline with 59% of sales organisations currently reporting a sales enablement initiative or function compared to only 19% in 2013. Tamara Shenk, Research Director at CSO Insights, the research division of Miller Heiman, discusses what sales enablement is all about, the key trends emerging and what’s critical to make it work.

We all remember Miller Heiman from all the account management and account planning systems that we used to use, Tamara is a specialist in sales enablement, she’s an analyst, she’s an author, a lot of practical sales enablement experience, and some background in consulting as well. Tamara recently wrote a book on sales enablement, which is called Sales Enablement: A Master Framework to Engage, Equip and Empower a World-class Sales Force.

Steven: Tamara, welcome to the show!

Tamara: Thanks for having me, Steven!

Steven: Look forward to this discussion! Let’s get straight into sales enablement. It’s something that’s got a lot of profile in the last two or three years, I joined the Sales Enablement Society and that’s just grown in leaps and bounds. What’s going on in sales enablement? Why is this so interesting all of a sudden?

Tamara: Yeah, it is definitely a fast-growing discipline. When we look back at our data in 2013, where about 19% of organisations reported having a sales enablement initiative or function, it was around one-third in 2016, and 59% last year, so we can definitely say it’s fast-growing.

When I look back to when I was leading a sales enablement team in 2008-2013, at the time it was a smaller group of people who collaborated and figuring out how things should be done, and all of these pioneers were in the technology industry, so in the tech industry was definitely the pioneering industry for the sales enablement that we see today. And then of course with this fast-growing movement, a lot of people got into enablement responsibilities, without really knowing what it is and what to do with it. Because it’s not a new name for sales training, it’s not just content or a technology, it’s not another referral sales operation or all these kinds of things; it’s all of this, so it has to be orchestrated in a consistent way.

Steven: Wow, okay – a lot of points there. Yes, it looks like it is a fast-growing area. Would you dare to put a definition around it? Could you just give us what sales enablement is?

Tamara: Yeah. Sales enablement is a collaborative strategic discipline that’s designed to increase predictable sales results by providing consistent and scalable enablement services for all customer-facing roles and managers so that they can create value in every single buyer interaction, that’s how we define it at CSO Insights. It’s based on research, it’s based on the work with our clients, and of course it’s also based on experience.

Steven: What are the key components in that then, just so we can understand?

Tamara: For me, the first key component is mindset. The biggest challenge with enablement is that people come into these roles and they come with their functional bias. So if they come from a marketing role, they’re like “Oh, but this is what I have been doing for decades, enabling the sales team!” and they think it’s content, maybe product training, maybe messaging. And then people from a training, learning & development role come into enablement and say, “Oh, but this is what I’m doing, it’s just a new name, so it’s a training and learning focus,” and this is exactly what causes the problem, is that so many functional perspectives create helpful sales and push that to the sales force in parallel. And what that means for the sales force is often very confusing, because things are not consistent. For instance, there is a product training that’s not built on the same value messaging, marketing is using online, and then the content they are required to use is not consistent with what they’ve learned in the training, they learn a methodology that’s not followed through in the process – all these challenges. So, what would you do as a sales professional who doesn’t have time but has to make a numbers? You switch off the noise, and you do what you think you should be doing. Most of the time, if I ask my colleagues, they’ll say, “I use what I have on my laptop, because it worked last week,” and then people are running on these patterns, and this is not driving change and this is not what makes it successful.

So the main thing is really to understand sales enablement, and that’s why we call it a discipline. Because what should be done is orchestrating all these different enablement services, whether it’s content, training, coaching, orchestrating them along the customer’s path. Because at the end of the day, we have to equip our sales professionals so they are successful in working with customers on their terms. So that’s really the main breakthrough that has to be achieved, is this kind of understanding. It’s very collaborative, you cannot do it on your own, you need to work with marketing and product management, with IT, with learning & development and with all of these teams, to create something that’s more than just a single part.

Steven: Yeah. From what you’re saying, there’s a lot of complexity and a lot of things can go wrong I guess with something. Like you say, a lot of folks think they’re doing it, but they maybe have their own agenda, maybe they’re not coordinating with everyone else, it’s creating noise for the salespeople, maybe just creating work for salespeople, they’re thinking. So, what does good look like here? What does a good sales enablement function look like, and do they get buy-in from sales leaders when it’s working well?

Tamara: I would put it the other way around: they have to get buy-in from sales leaders in the first place. That’s how we created it and that’s how we structured our book, based on what they call a clarity model, and this comes in the form of a diamond. We’ve chosen a diamond for one main reason, and that is because there is no organisation that is not doing anything around sales enablement: marketing is doing things, operations doing things, training, product management, many different functions doing things all the time.

If you look at this like it this is a rough diamond, we all know that to make a diamond valuable and effective and beautiful and shiny is we have to cut and polish it, and this is where these main issues about sponsorship and strategy and vision come into play. Because before I cut the diamond, I have to know what I’m cutting, so it means I have to build this orchestrated, strategic vision of what should enablement be doing in my organisation, what are the goals I want to achieve with enablement, and then I can begin to create my diamond.

And it will look different in every organisation. Because some organisations are already creating the training space, so they probably have very well-equipped salespeople, they maybe work on the messaging area but maybe they lack formal implementation, or they did not develop their sales managers so that they can coach along those lines, and other organisations they didn’t do a lot in this area but they come from a marketing perspective and they have done things in that area first. Wherever you start, there is no right or wrong; what’s really important is to build that vision, to get the buy-in from sales leaders, to get their executive sponsorship, and then work step by step towards this vision.

So the first thing is sponsorship, a vision or a strategy, and then putting that into what we call an enablement charter that says “This is what we are trying to achieve, this is how we envision sales enablement to look like, these are the goals we want to achieve, these are the actions we’re taking, this is the roadmap, these are the enablement services we provide, this is how we measure success, and this is how we define our target audience. This is what we’re doing now for this fiscal year, that’s one of the cornerstones, is this structured approach, this formal approach with a charter,” and organisations that do this, they see year-over-year 20-27% improvement on quota attainment. So it’s worth taking a more strategic approach.

Steven: What’s that data point, they’re achieving better quota attainment when they invest in sales enablement to a certain level?

Tamara: Sales is a social science, so we mainly talk about correlations, and then we of course look only at those correlations that are significant. And having a formal approach captured in an enablement charter, that is a significant correlation to success. And in practice, we see that those organisations report “Yes, we’ve achieved the majority of our goals in enablement.”

Then another important practice is to really work backwards from the customer’s path. In the tech industry, in many organisations we have a lot of products or industry or functional silos, they focus on a certain product line or a certain industry or whatever. While this is necessary to structure big organisations, it’s also important to be successful along the customer’s path, so what we provide in terms of enablement services should really follow the customer. [10:58]

...We leave the interview there for now. Follow the link below to listen to the full 38 minute podcast.

Listen to the complete Podcast with Tamara Schenk. 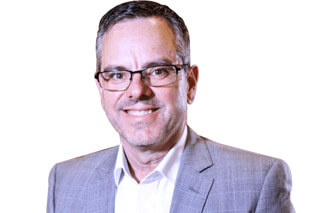